Back to top
VAAYAVYA EXIM 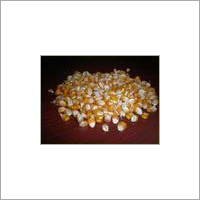 Maize
Send Inquiry
Product Code : 05
Product Description
Maize, more commonly known as corn is a cereal grain which is now the third most vital crop in the world, though at first its production started from America. Maize is used to make popcorn and adds as a major ingredient or dressing in vegetable curries, soups, pasta, pizza and more. In our city that is Chennai (Tamil Nadu), maize production is high due to which our company, Vaayavya Exim, is able to cater to the demands of the global market.